At A Mind’s Journey, in addition to offering the very best ketamine treatment programs in Utah for issues like PTSD, depression, anxiety and more, we also regularly answer patient questions about the relatively new area of ketamine therapy. One of the most common such questions: How long will it take for ketamine effects to kick in over time?

The answer, like many areas of ketamine treatment: It depends on several distinctly individual factors, including your age, your past experience with ketamine, and even just the way your body happens to respond. That said, people’s responses to ketamine during their therapy sessions can generally be split into four broad categories, each of which speaks to a different typical length of time for the onset of effects. This two-part blog series will look at these four different categories, plus how to tell which group you belong in to manage your expectations for future ketamine treatments.

As the name indicates, our first category here refers to people who tend to notice the effects of ketamine quite quickly. Often within just a couple sessions, or even within their very first, they experience a marked reduction in their depressive symptoms, or other issues, as well as calming of anxiety.

Researchers are unsure why some people fall into this category. Some hypothesize that it’s simply a function of their rapid metabolic processing of the drug, while others say that early responders are more sensitive to its effects. Either way, there’s no reason to think you fall into this category just based on your age or other such factors—if you’re in ketamine therapy for an extended period of time, you’ll likely experience the full effects of this treatment at some point.

For many early responders, ketamine’s effects are similar to those produced by other antidepressants: a general soothing and relaxing of their symptoms. For others, though, ketamine seems to create more profound changes in mood and outlook that last much longer than simply improved mood.

A rough average for the number of sessions it will take for ketamine treatments to start showing notable results is between three and five sessions, and this is where standard responders fall. Like early responders, this group of people typically experiences ketamine treatments as being generally relaxing and soothing to their symptoms, but they don’t see such dramatic change—if you’re a standard responder, you’ll likely hit some plateaus in your progress before fully reaching symptom remission.

In general, the effects of ketamine are cumulative and progressive over time, slowly building up to full effect for most patients. That’s not always the case with standard responders, though—it’s possible that you’ll experience a noticeable improvement in your symptoms after just a few sessions, even when the difference from past treatments isn’t particularly significant before those first three or four sessions.

In part two of our series, we’ll go over a couple other categories of ketamine responders. For more on this, or to learn about any of our ketamine treatment options, speak to our caring staff at A Mind’s Journey today. 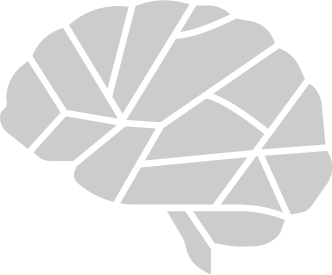